Lock in your place with a deposit payment now!

Along with the FIFA World Cup and the Copa America, the UEFA Euros is one of world football's most keenly fought out tournaments.

Euro 2020 sees group matches played across 12 European cities before the tournament culminates in London with the semis and final at Wembley. We have a limited number of places available for our six-night tour taking in both semis and the final.

Choose between twin, double or single room options, all including a daily buffet English breakfast and free Wifi. Extra nights can be added when making your booking.

Single travellers have the option to take a single room or share a room with another fan on tour to reduce the need to pay for their own room (contact our office for enquiries).

This will be the 16th edition of the Euros which have taken place every four years since 1960. Germany and Spain have won three titles each while Ronaldo's Portugal are the defending champions.

While traditionally being dominated by the European powerhouses the tournament has also seen some major upsets with Denmark being crowned champions in 1992 and Greece taking out the title in 2004.

London's iconic Webley Stadium plays hosts to the business end of the 2020 tournament with semi finals taking place on 7 and 8 July and the final on 12 July.

We will also have the option of seeing the Aussies take on England in the first ODI of their England tour at Lords on Saturday 11 July - details on adding this match to your package will be announced as soon as ticket details are known.

This truly promises to be an unforgettable week of sport!

At the time of booking a $1,000 per person deposit is required.

Our tour hotel is the Ibis Earls Court Hotel in London.

Choose between twin, double or single room options, all including a daily buffet English breakfast and free Wifi. Extra nights can be added when making your booking.

The hotel is located between West London's Fulham, Chelsea and Kensington areas and is a 10-minute journey to Stamford Bridge stadium, Westfield Shopping Centre and the Royal Albert Hall.

Nearby attractions include Hyde Park, Knightsbridge and South Kensington's museum district. London's bustling West End is 20 minutes away via the Underground.

The restaurants and bars of Earls Court are a 10 minute walk away and the hotel has its own restaurant and traditional English pub available for guests.


Getting to Wembley Stadium

Wembley Stadium can be reached in 45-60 minutes via the London Underground:

Extra nights are able to be added when making your booking.

Your final itinerary and details on making your way to our hotel and collecting your match tickets will be emailed to you three weeks before the tour. Check-in will be available from 3pm after which we will head out to Wembley for the first of the Euro 2020 semi finals!

Today you have a chance to explore some of this incredible city before heading back out to Wembley for tonight’s second semi final.

London is one of the world’s biggest tourist destinations and there is no end of places to explore. Top of the list are Westminster’s Houses of Parliament, Buckingham Palace, Trafalgar Square and the wide array of pubs and restaurants of Covent Garden & Soho.

For shopping Oxford, Regent and Carnaby Streets can’t be beaten!

Once you’ve ticked off the famous highlights it’s time to venture further afield with a cruise along the Thames, a visit to the East End’s markets, the City & St Paul’s Cathedral or some of the city’s incredible array of museums & galleries including the British Museum, the Tate, the Victoria & Albert or the Natural History museums.

Today offers a true bucket list opportunity with Australia taking on England at Lords in the first of three one day internationals.

We will have details of ticket prices for this match shortly, stay tuned for details!

Will Germany or Spain be looking to set a record for tournament wins, will the Italians be there to avenge their 2012 & 2000 final losses or will it be the home side’s time to break their trophy drought? We will be at Wembley to find out!

Check-out of our hotel is 10am this morning. 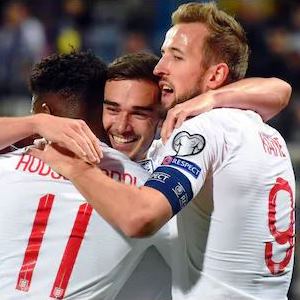